For our first full day in Southern California, we took a boat out to Santa Cruz Island – one of the five islands that make up Channel Islands National Park. Santa Cruz is the largest island in the national park with 60600 acres, followed by Santa Rosa, San Miguel, Anacapa, and Santa Barbara. The following plot shows the division of the national park’s 249,000 acres.

The 1.5 hour boat ride from Ventura Harbor to Santa Cruz Island was relatively uneventful although we did see a few common dolphins along the way. We reached Santa Cruz around 10:45am, disembarked, and received a safety briefing from a volunteer guide. One of the key insights was always keep your bag in sight as the foxes and ravens may often work together to unzip and steal any food inside. After completing the safety briefing, we proceeded to hike both the Navy Road and Del Norte Trails which was a 7.8 mi hike with 1575 ft of elevation gain. The GPS of that hike is shown below.

One of the best moments of the hike is when we crossed paths with an island fox. The island fox is one of the smallest canids in the world. It is approximately the size of a house cat, which is about one third the size of a normal fox (i.e. the gray fox). Although it was listed as an endangered species in 2004, the island fox population has recovered in recent years due to several recovery efforts, which include reducing the number of golden eagles (a predator of the island fox) and re-establishing the bald eagle on the islands. 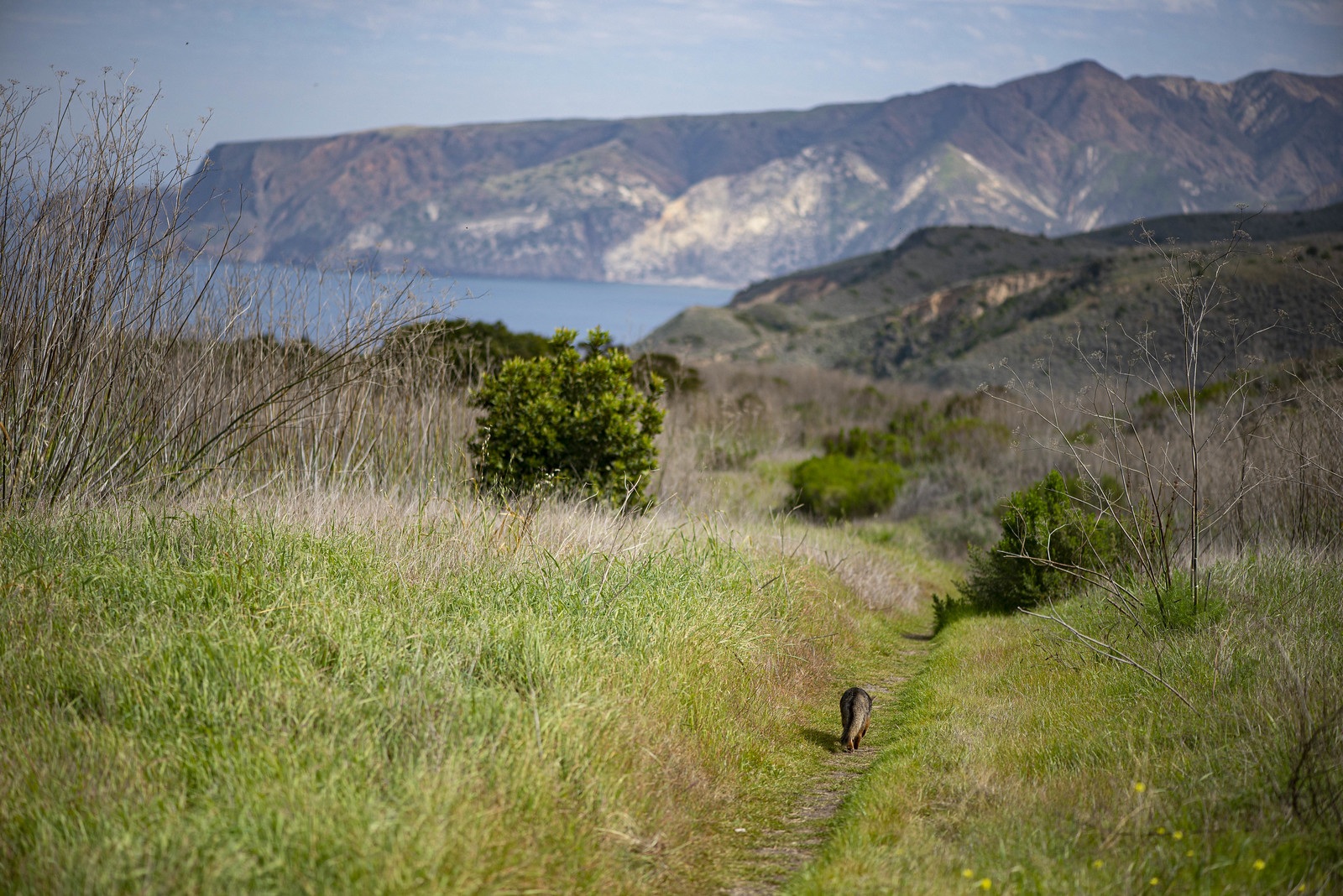 The Del Norte Trail provided some great overlooks of the nearby Pacific Ocean. In the distance you can see the mountains of mainland California, which are approximately 30 miles away. The February weather was perfect for a hike – sunny with temperatures in the lower 70’s. 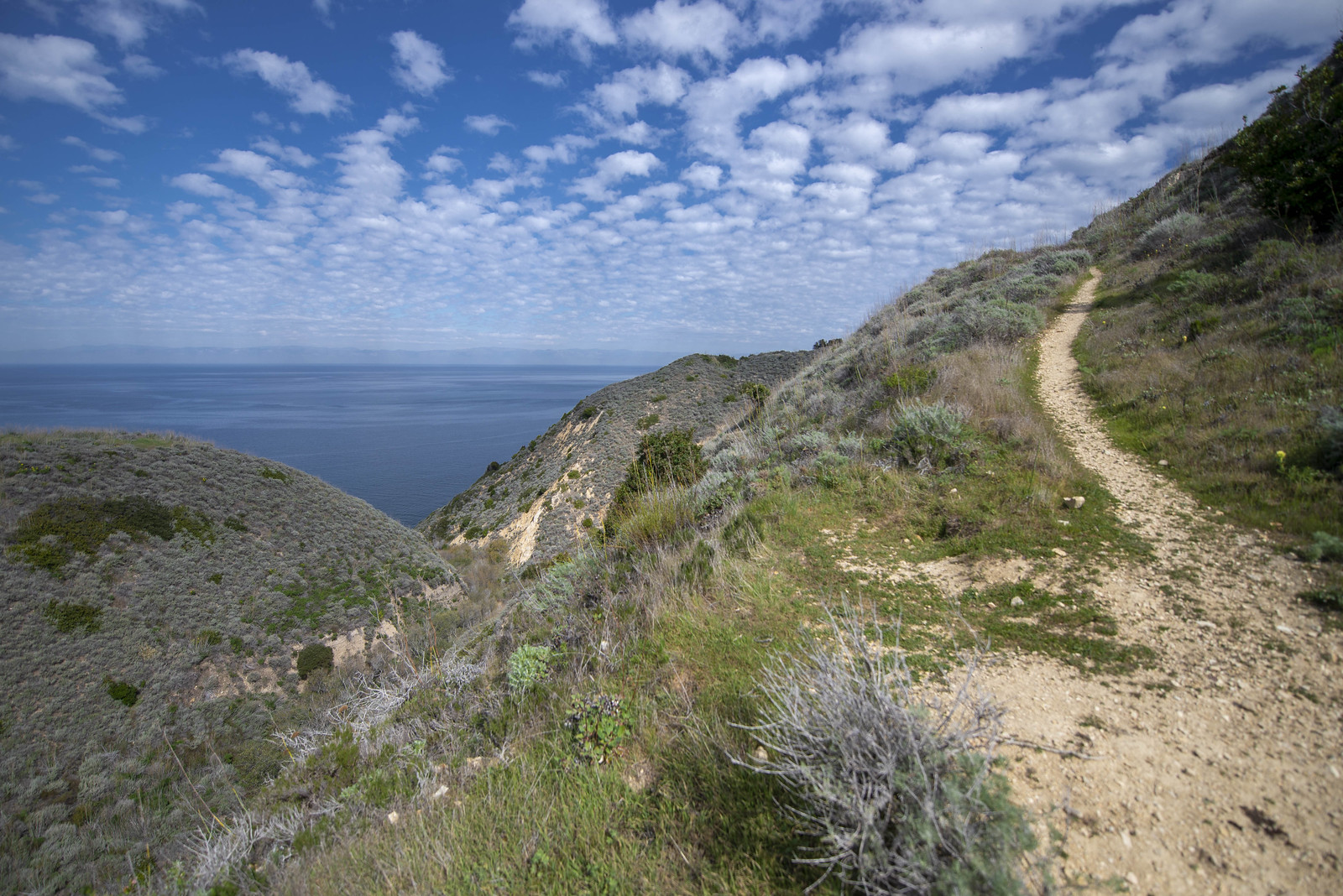 At 3:30pm, we departed Santa Cruz and started the 1.5hr boat ride back to Ventura Harbor. On the ride back, we encountered a huge pod of common dolphins. The captain told us that the rule of thumb is for every dolphin you see on the surface, there are about 7 dolphins below the surface. Based on this rule of thumb, he estimated there were approximately 3000 common dolphins in this particular pod. 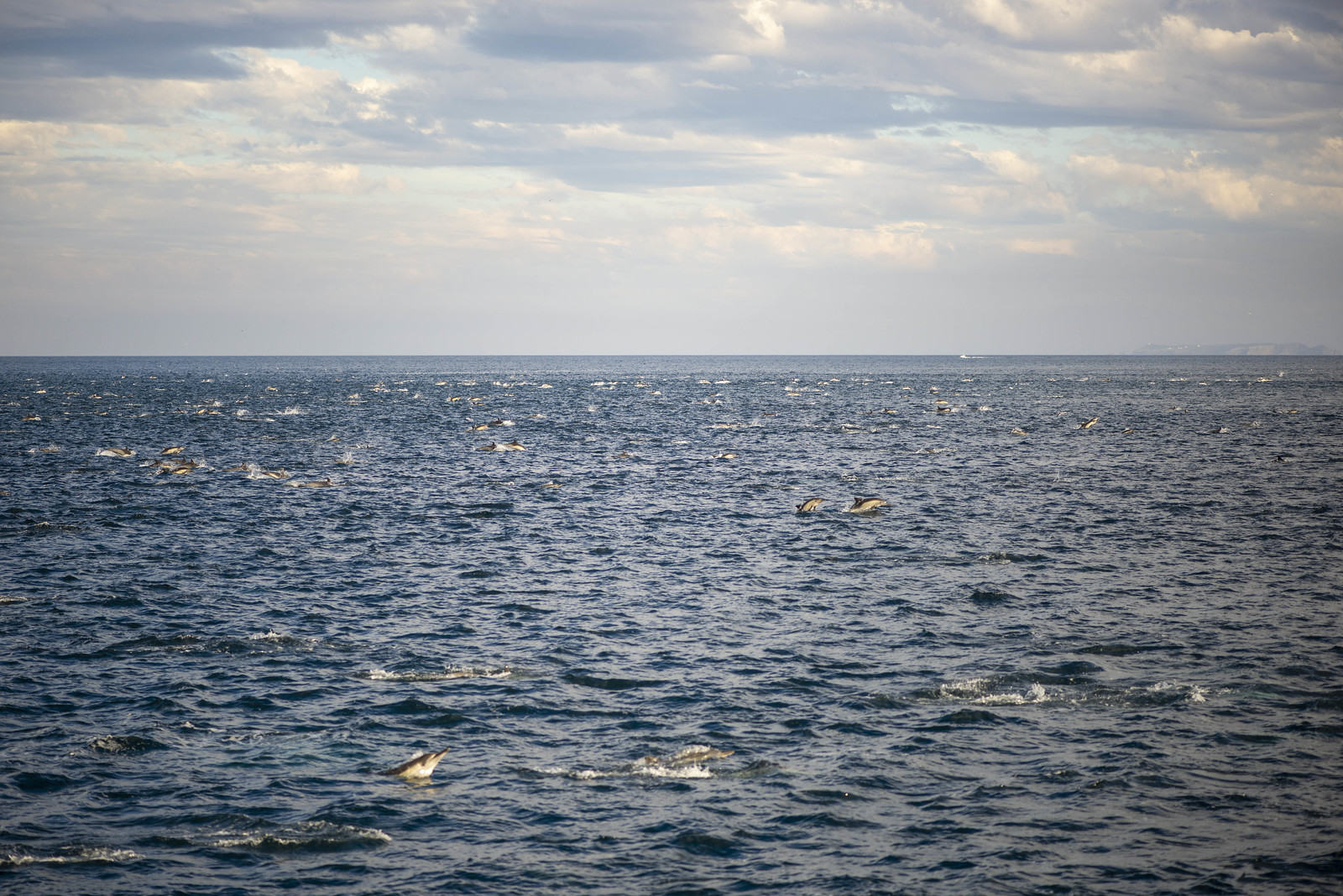 The common dolphin is known to be very intelligent. There’s evidence that these dolphins can team to help one another. Here is an article describing how common dolphins formed a raft to keep a dying member of their pod afloat. There’s also reports of dolphins helping humans. I found this article from National Geographic particularly compelling. A pod of bottlenose dolphins (different from those photographed on our trip) led researchers to a suicidal girl floating miles away. QED: dolphin’s are awesome… Here’s a better picture showing about a dozen common dolphins surfacing at the same time on our boat trip back to the harbor. 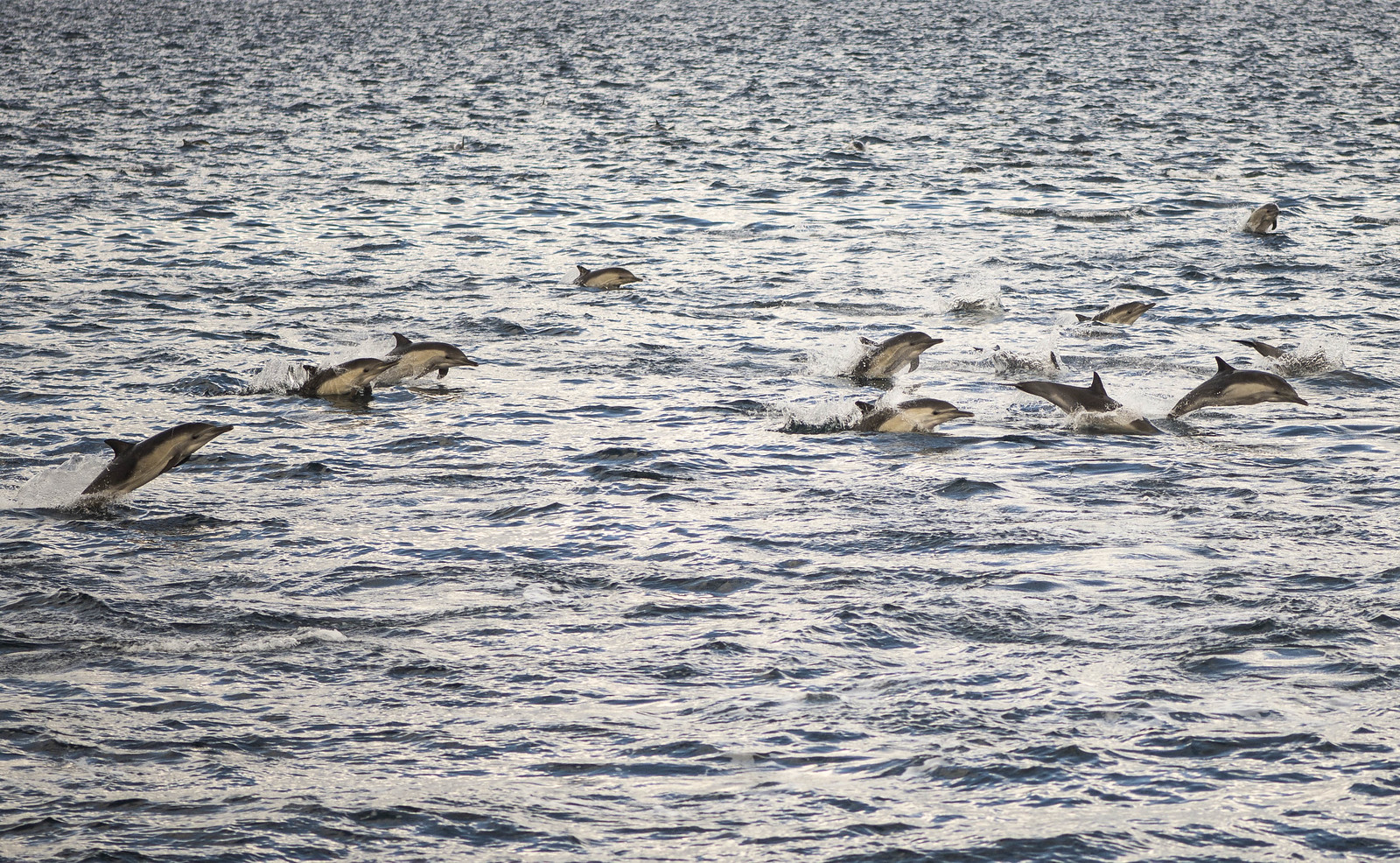 We arrived back to Ventura Harbor around 5:30pm. We completed the day at Winchester’s Grill and Saloon. I had the tri-tip barbecue sandwich with grilled brussel sprouts and apple crumb cheesecake for dessert. The tri-tip barbecue sandwich was just ok – the meat was a little chewy and the barbecue tasted like something you would buy at the grocery store. The grilled brussel sprouts were great and the apple crumb cheesecake may have been the best thing I had on the entire vacation!