For our second day in Channel Islands National Park, we headed to Anacapa Island – the second smallest island of the national park. Anacapa Island consists of three main islets named East, Middle, and West Anacapa. We were specifically visiting the East Anacapa islet.

We departed Oxnard Harbor on the Voyager for the 1 hour boat ride to the island. We saw a few common dolphins and sea lions on the ride over. Once we arrived at Anacapa, the captain backed the boat up to a dock within a little cove. It was impressive the captain kept the boat in contact with the dock as the swells pushed the boat around while within the cove.

Once disembarking, we were greeted with a climb up the cliff of the island (see below). However, once we completed those 157 steps, the top of the island was relatively flat. 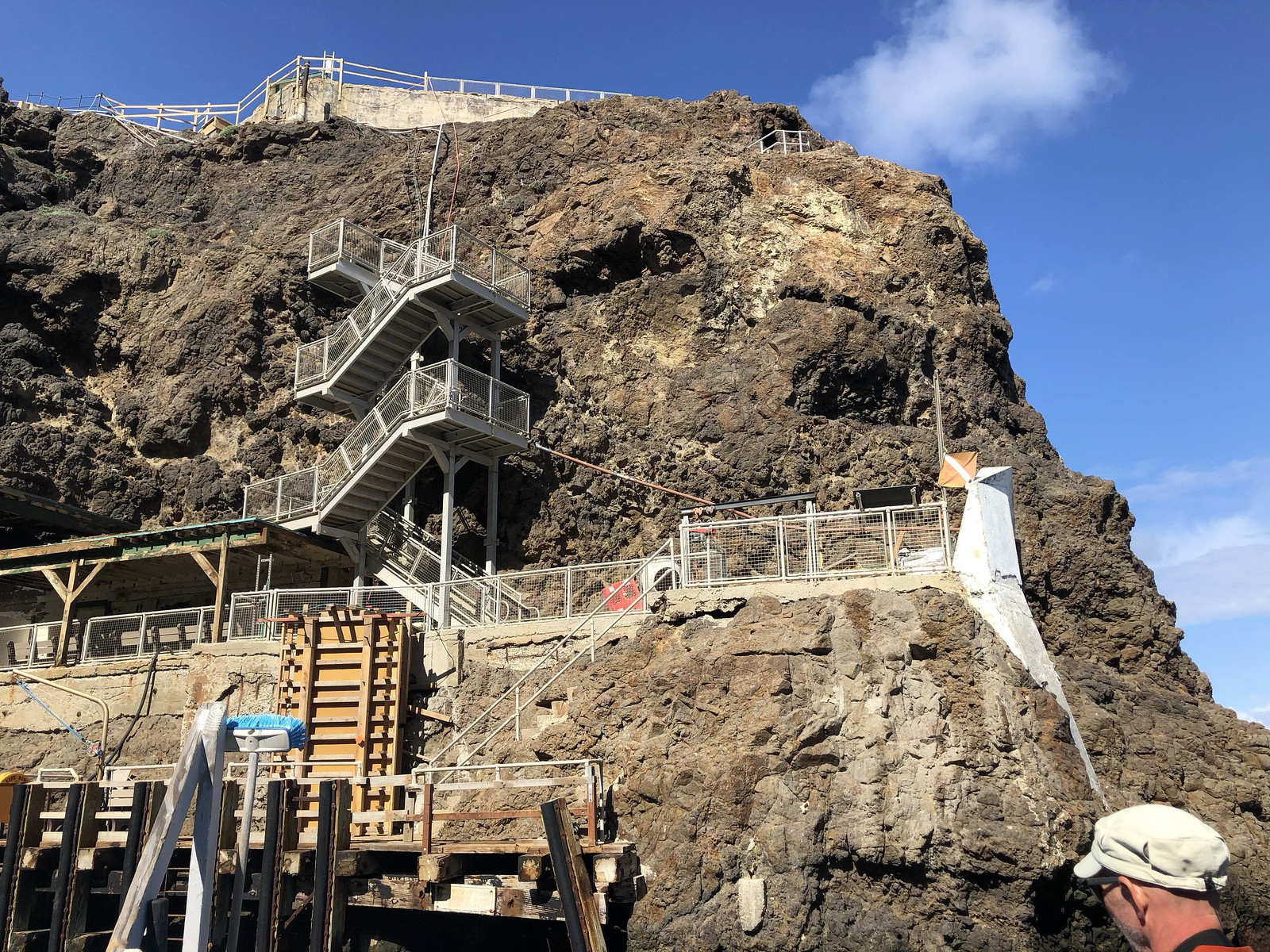 My first impression of the island was “Oh God, I’m in Alfred Hitchcock’s The Birds.” There were thousands of Western Gulls. Here’s a picture just showing a few of those gulls. It was quite a miracle that we didn’t get pooped on during the 5 hours we were on the island. 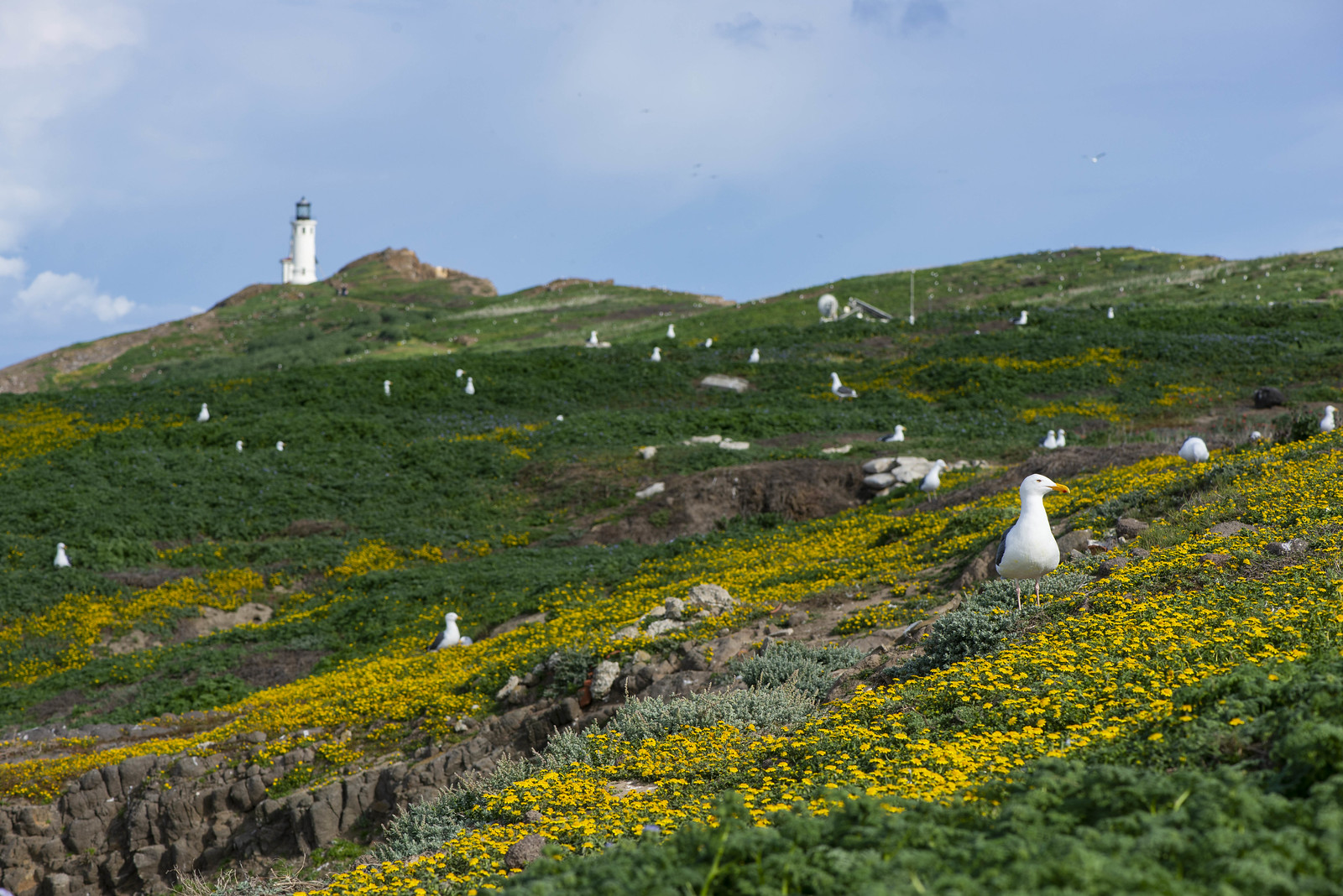 Since the island is so small and we had 5 hours to explore, we decided to take it slow and joined a guided tour. The volunteer tour guide provided some interesting insights into Anacapa island. Many of his points focused on the western gull, since they were everywhere. 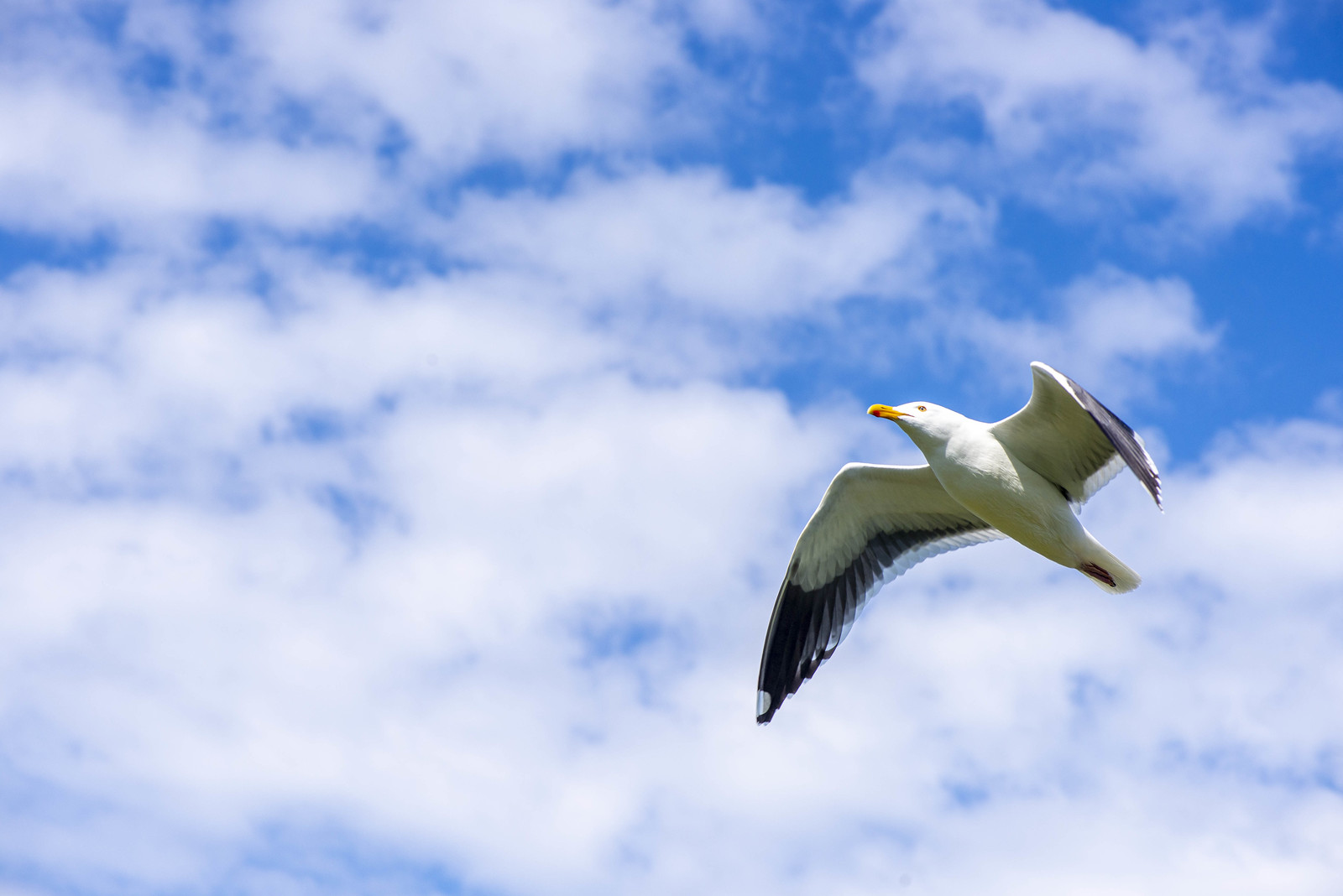 Here are a few of the key points that the tour guide mentioned regarding the Western Gull:

The guide also gave us some history of Anacapa island. It was originally inhabited by Native Americans known as the Chumash. Archeological sites suggest the island was populated from 8000 to 11000 years ago.

During our hike, the guide pointed out an area on the trail that was covered with a bunch of broken shells. It turns out we were standing on a midden, or a old Native American trash heap. The Chumash were known to use purple shells as currency. They would find these purple shells and drill holes to wear them on a necklace. These shells could then be traded as currency. This practice eventually ended when the Portuguese introduced glass spheres as a currency.

The guide also described how the Chumash would use shark skin to sand wooden boats and use pitch from a natural oil seep on the islands to waterproof their boats. Unfortunately, as with most Native American tribes, the Chumash were decimated by the diseases of Spanish missionaries. The Chumash tribe still exists with 5000 members although they no longer live on the Channel Islands. 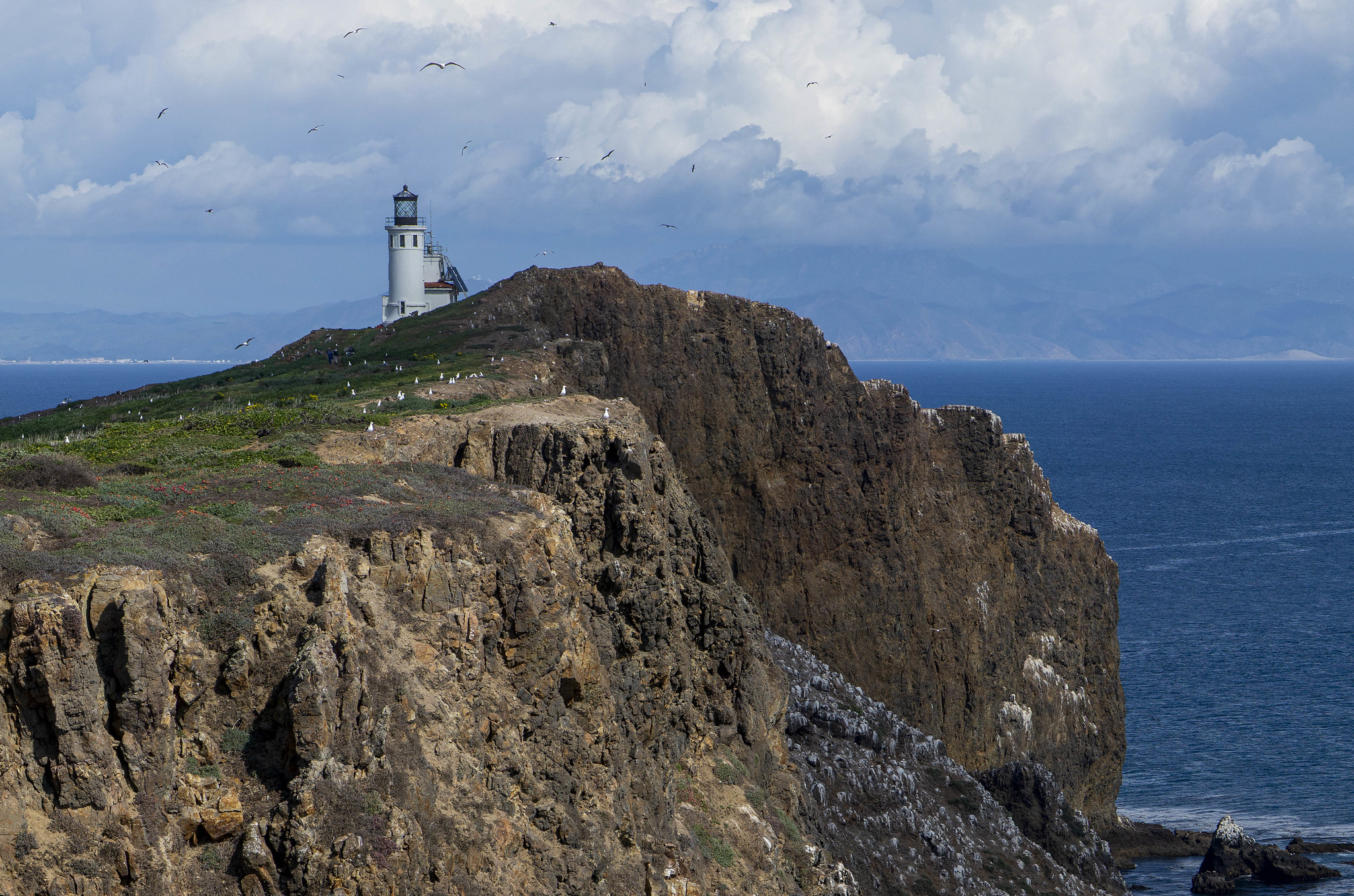 The primary structure on the island is the Anacapa lighthouse. The building was completed in 1932 and the Coast Guard started managing the lighthouse in 1939. In the 1960s, the Coast Guard automated the lighthouse eliminating the need to have a full time person to run and maintain everything. Unfortunately, there is a loud fog horn at the lighthouse so we could not get too close without blowing out our eardrums.

One of the difficulties of stationing people on Anacapa Island is that there is no fresh water source. The Coast Guard had the bright idea to build a large concrete pad to catch rain water and store it in barrels. After building the concrete pad, they quickly realized that the water was undrinkable due to all the bird poop. 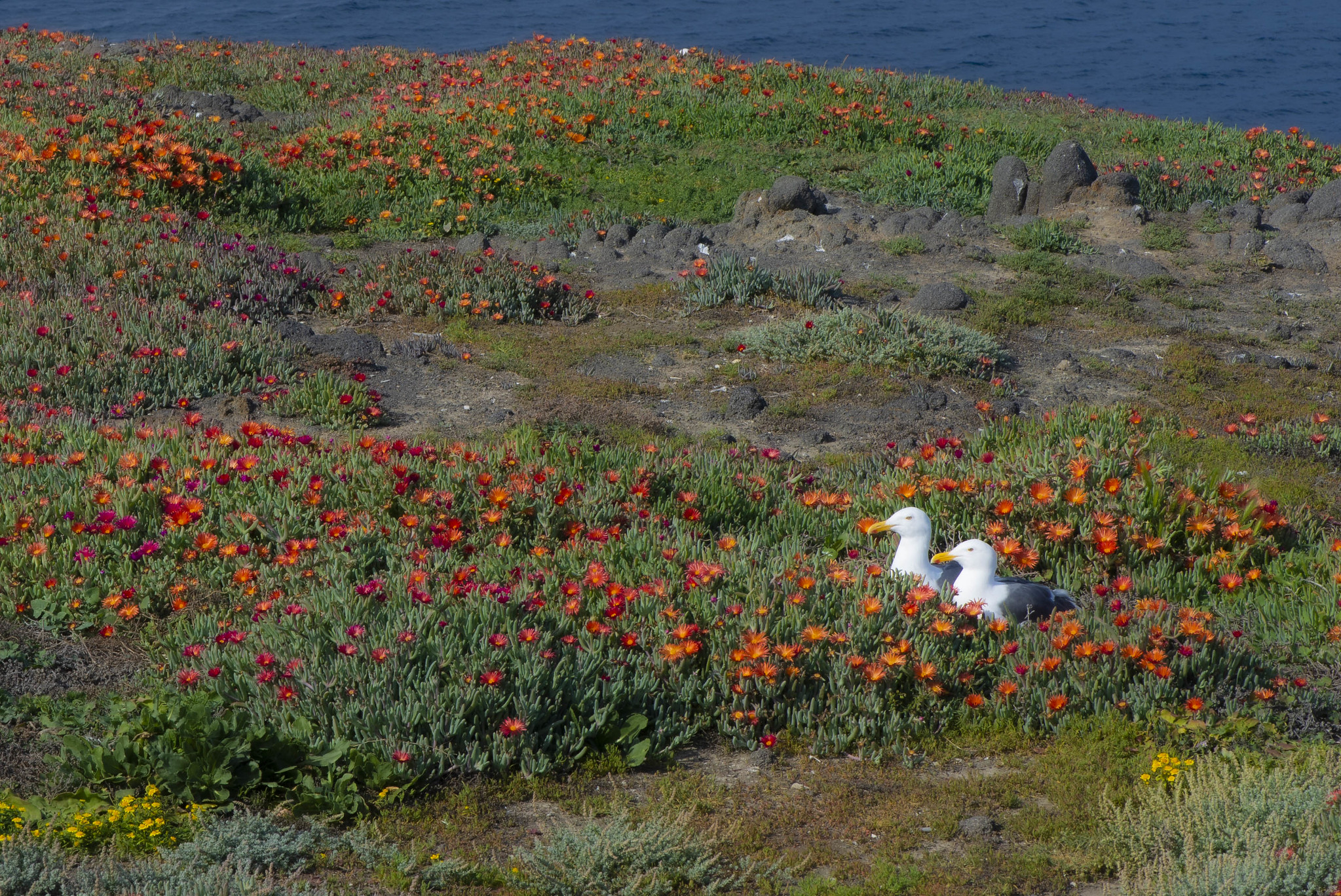 One of the more dominant native plants was the coreopsis, which was also flowering during our visit. One of my favorite photos from the trip is shown below where I took an image of some coreopsis blooms from below looking up towards the sky. 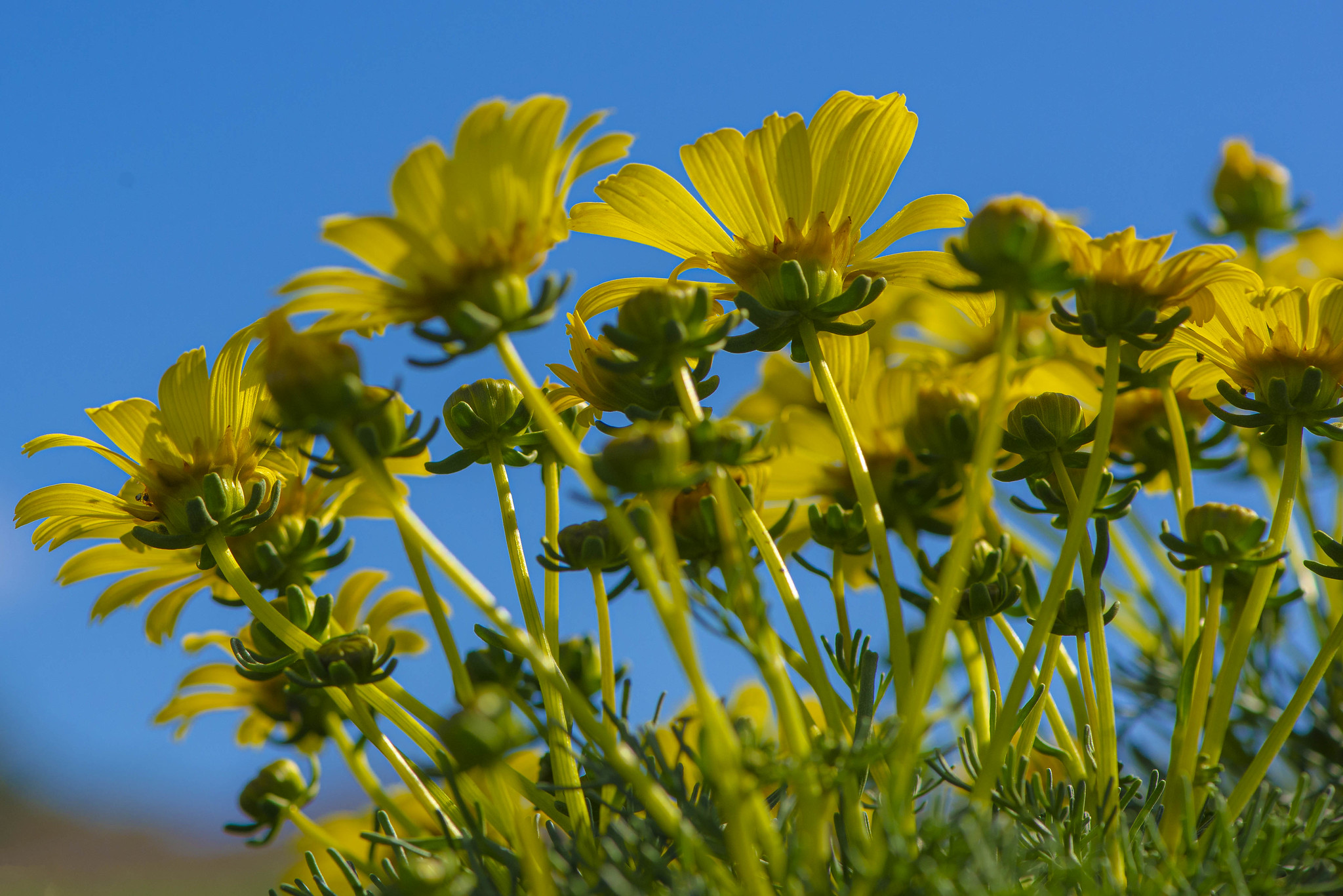 The final stop on the guided tour was Inspiration Point. The California Brown Pelican population, which nests on Western Anacapa Island, was decimated by DDT in the 50s and 60s. After DDT was banned, the population has rebounded. The number of nesting sites increases by approximately 10-fold, from 500 sites in the 1950s to approximately 5000 today. Here’s a view from Inspiration Point – it’s a beautiful overlook. 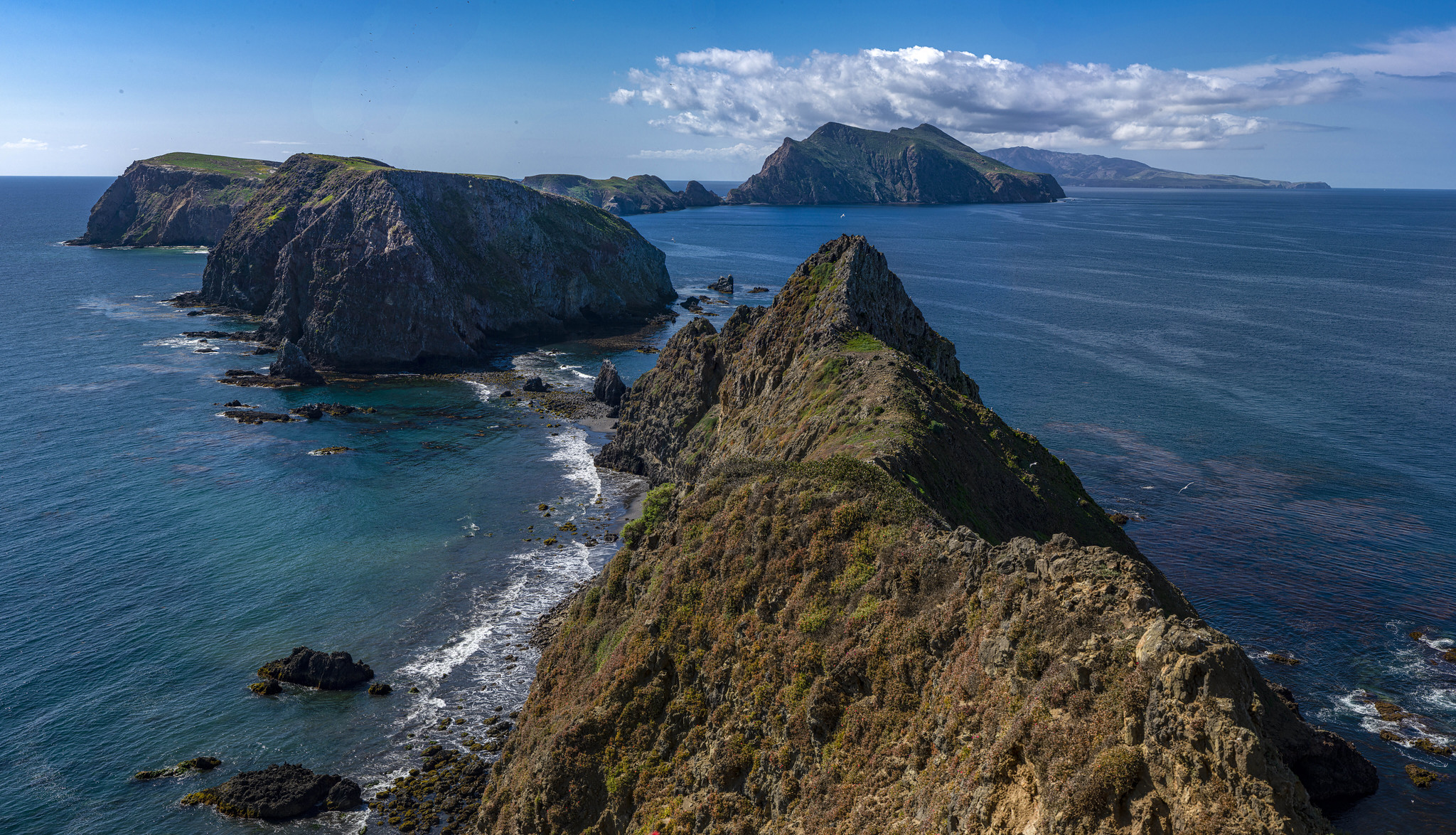 After Inspiration Point, we hiked the few remaining trails on our own. One of the highlights from this time was seeing a colony of sea lions sunning themselves at the water’s edge. Unfortunately, I wasn’t carrying a telephoto lens so I didn’t capture the best image but you can get a sense of the number of sea lions laying out. 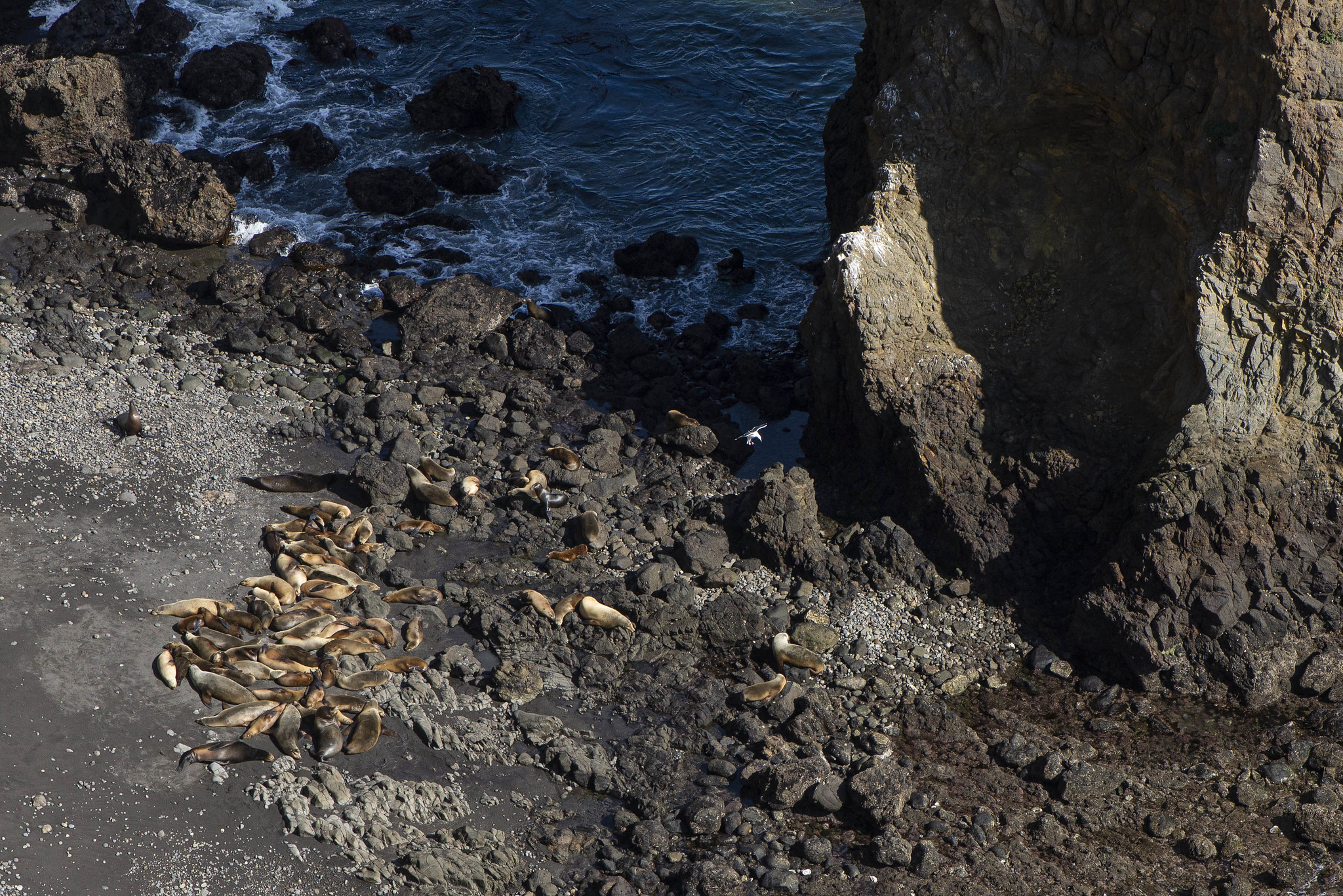 We departed East Anacapa around 3:30pm after hiking approximately 4.4 miles. A map of our hike is shown below.

The following is a slideshow of all the photos I captured from the Channel Islands National Park. 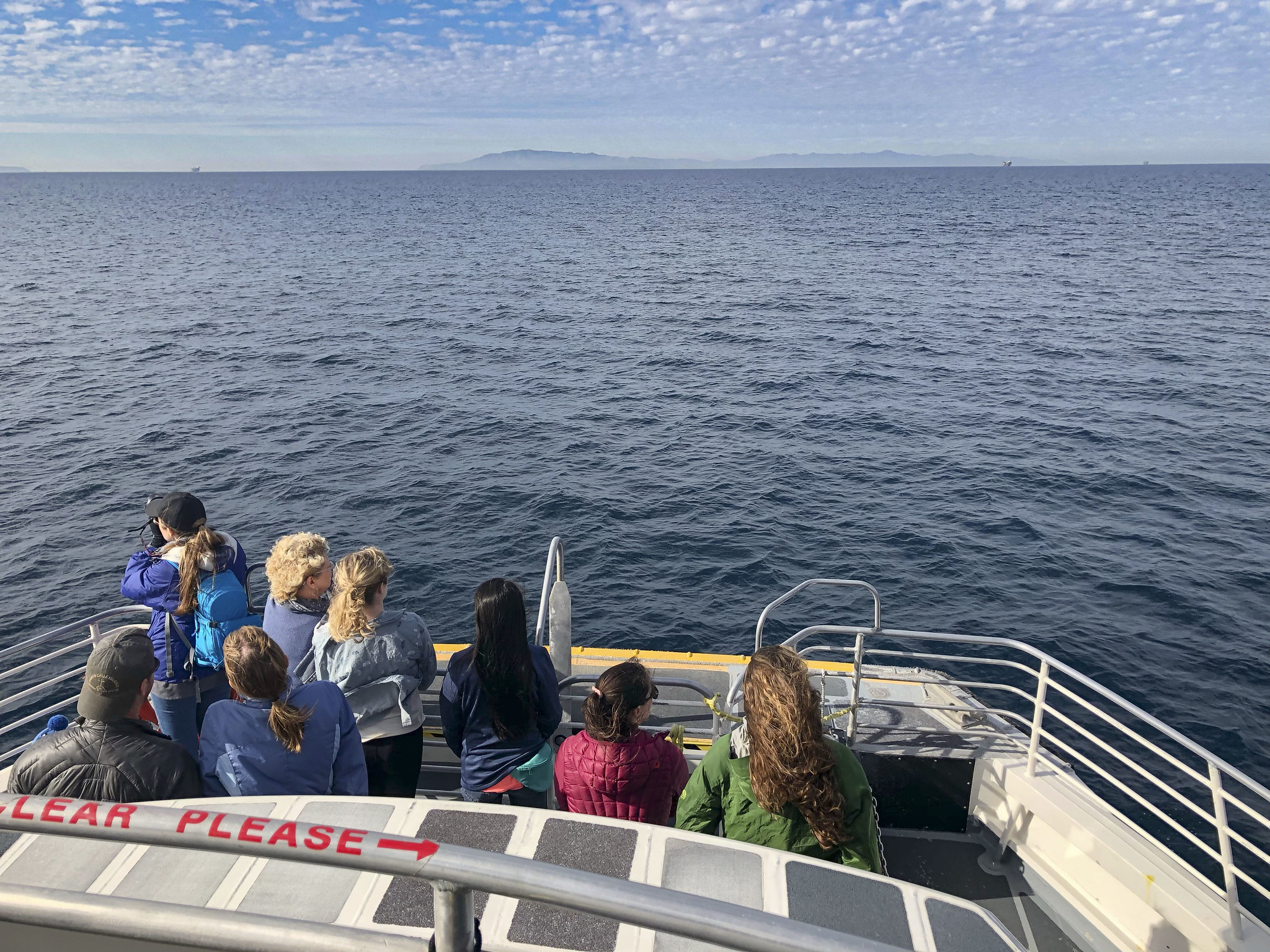