On Tuesday, we started the day at Twenty Mule Team Canyon. This is a short drive on a dirt road, which was in really good condition. We drove this with our Hyundai Sonata rental car. Here’s a photo showing the dirt path as it winds its way through the canyon. 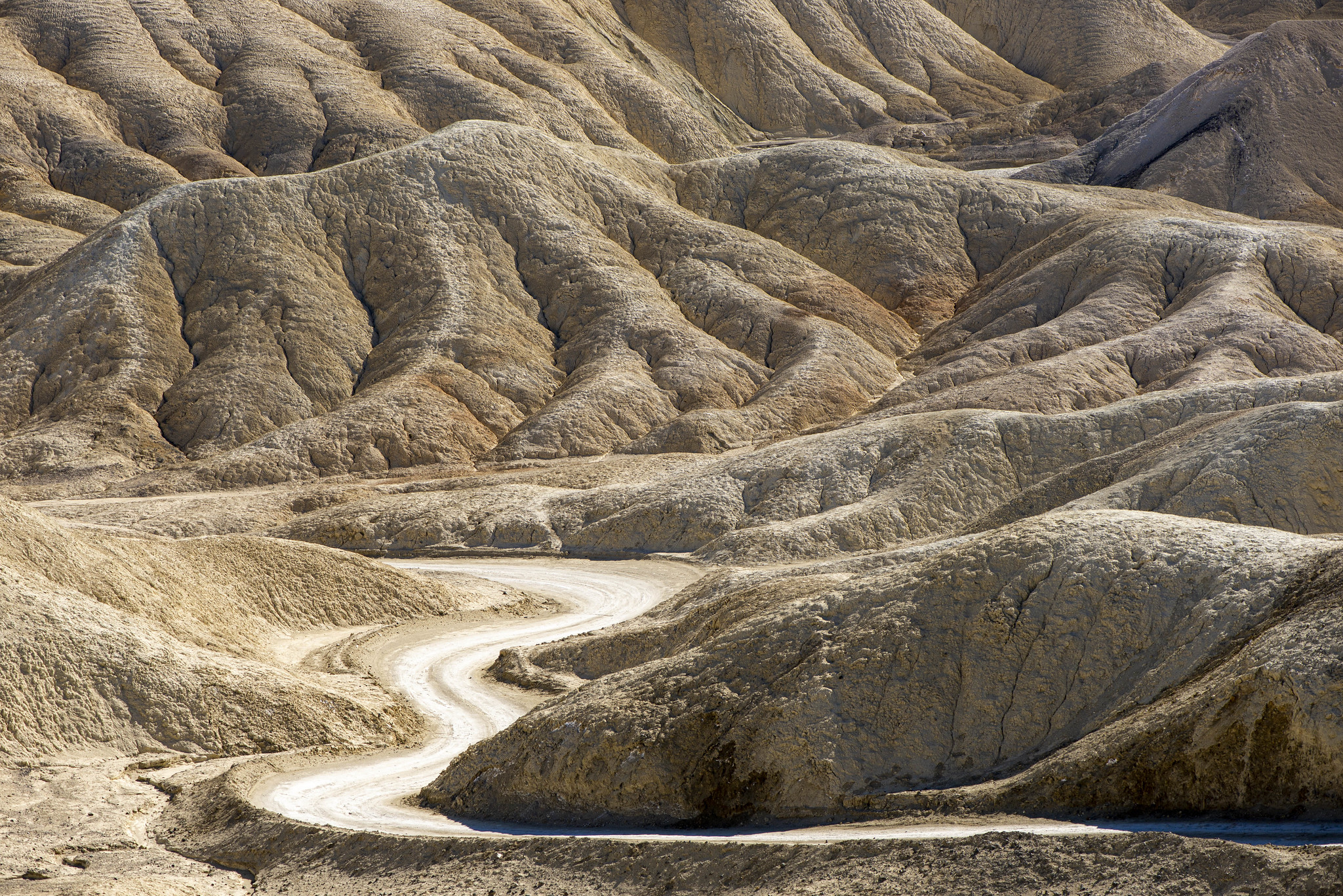 After driving through the canyon, our next stop was Dante’s Peak, which overlooks Badwater Basin and Death Valley. The following photo was captured from the overlook. The white area in the valley is Badwater Basin. The white color is actually salt that has been washed from the nearby mountains into the valley. Once the water evaporates, only the salt deposits remain resulting in this white color. 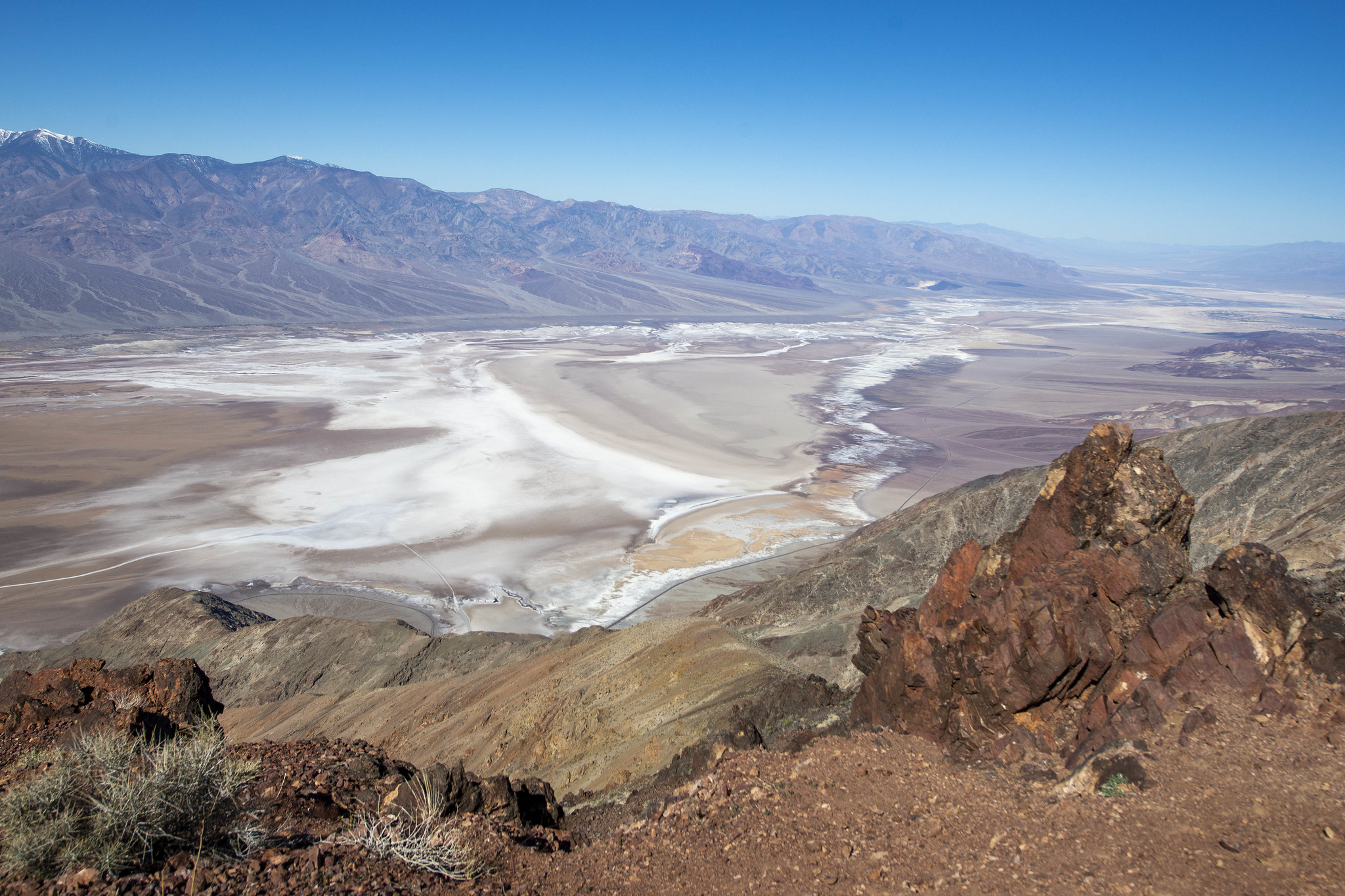 After Dante’s peak, we started the drive to Joshua Tree National Park. We took the scenic route and drove through the Mojave National Preserve. In between Death Valley and the Mojave National Preserve, we made a brief stop at the Dumont Dunes, which seems to be a recreation area for dune buggies. It was pretty cool although the area did seemed pretty trashy with a lot of litter. Maybe the dune buggy community is not as environmentally conscious as the national park community. Here’s a picture of the dunes. 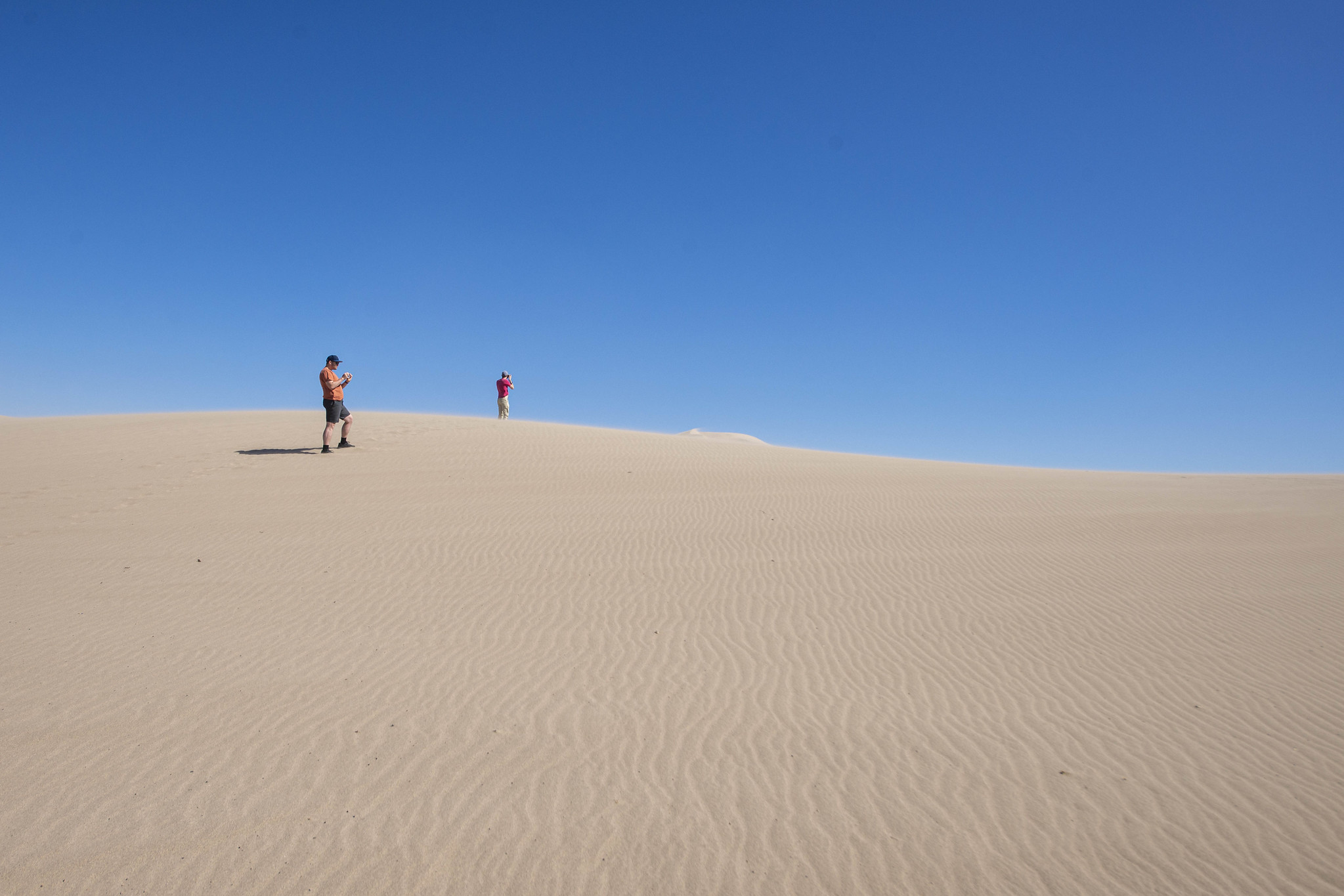 After a brief stop at the dunes, we continued our way towards Joshua Tree, stopping for lunch in Baker, CA. We ate at Los Dos Toritos – a small Mexican restaurant that had a lot of good reviews. Afterwards, we went up the street to a store called Alien Fresh Jerky. It was a tourist trap but it was really entertaining. They are building this alien-themed empire. Just behind the jerky store, they are building a hotel like an alien spaceship. The following pictures shows one of the vehicles parked in front of the jerky store. 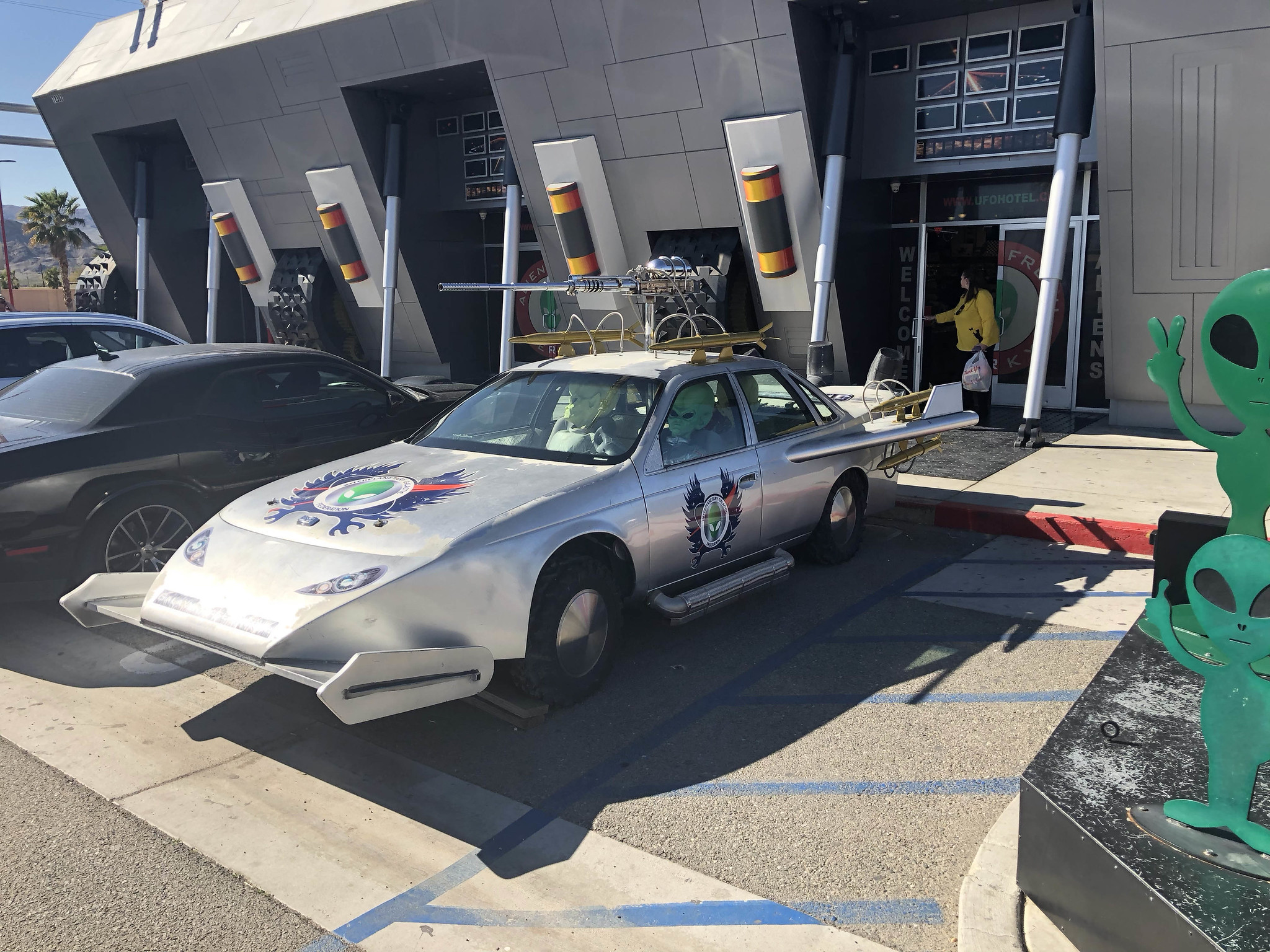 Continuing on, we arrived at our hotel (Holiday Inn Express in Twentynine Palms, CA) around 4pm. We unpacked our stuff and then headed into the park around 5pm. We hiked the Arch Rock Trail and captured a few photos of the arch at around sunset. 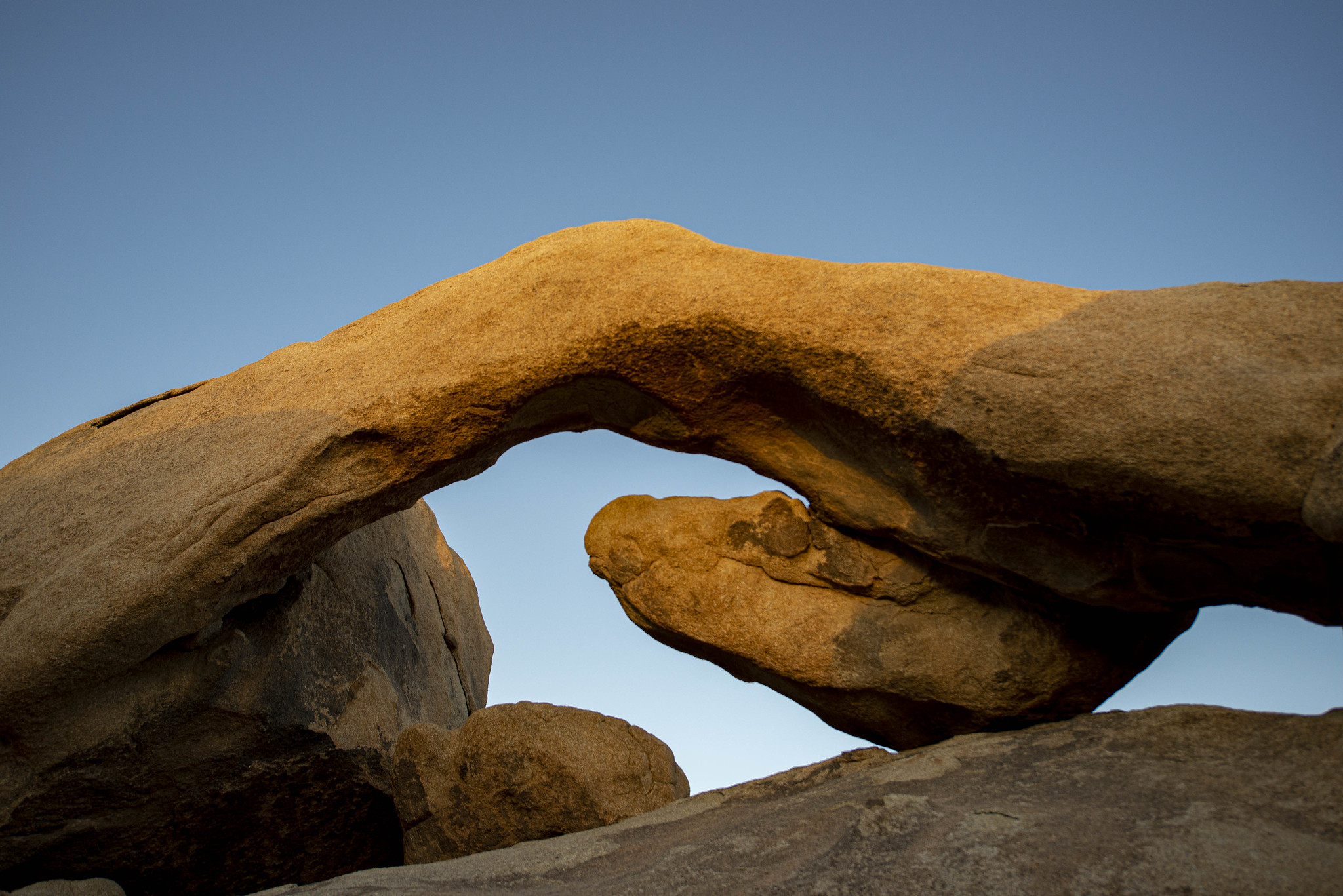 Here’s a map of the Arch Rock hike. 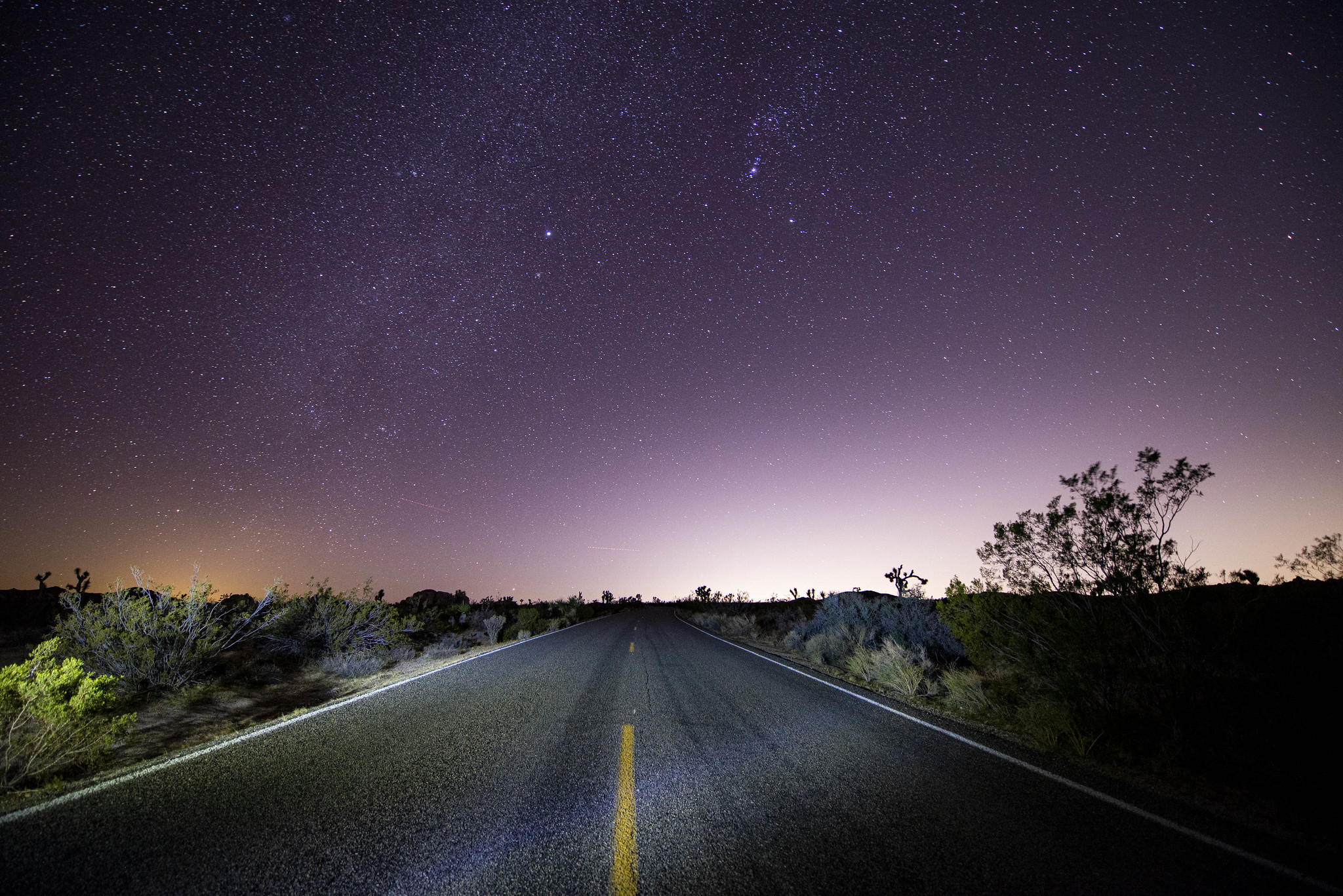 To see more of the photos from Joshua Tree, please check out my Flickr album.