After a long first day in Death Valley, we slept in on Day 2. After getting breakfast, we drove up the road and rented a white 4 door Jeep Rubicon for approximately $315/day. We drove up to Titus Canyon, which is a pretty well maintained gravel road through a narrow canyon. I think we could have made it with our rental car but it was nice to have the peace-of-mind that the Jeep was going to make it through without any tire punctures. Here’s a picture of the Jeep with Shea and Joe in the front seat. 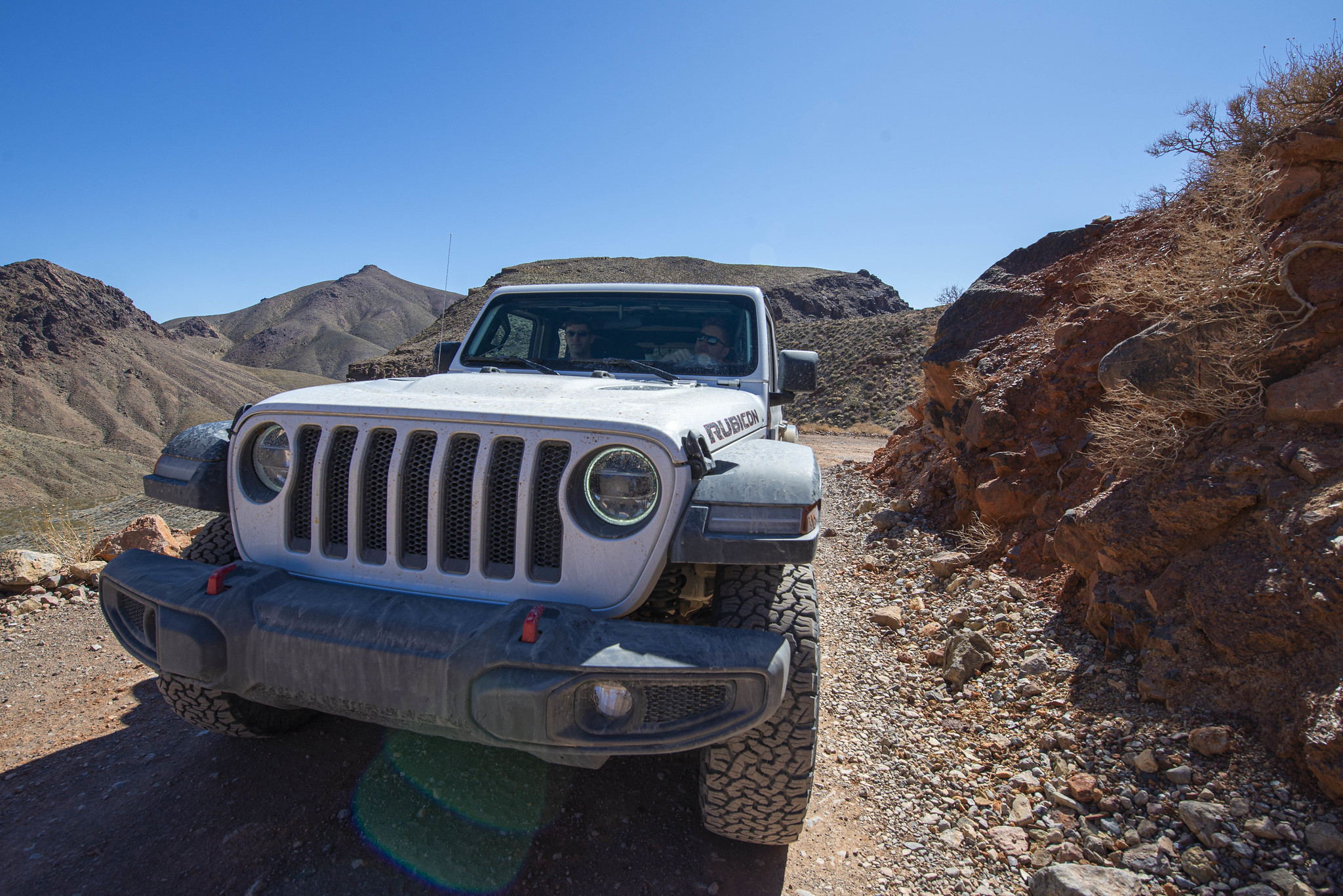 About half way through Titus Canyon, we parked the Jeep and completed a short but steep hike to Thimble Peak. There were some great overlooks although the photo doesn’t seem to capture it. 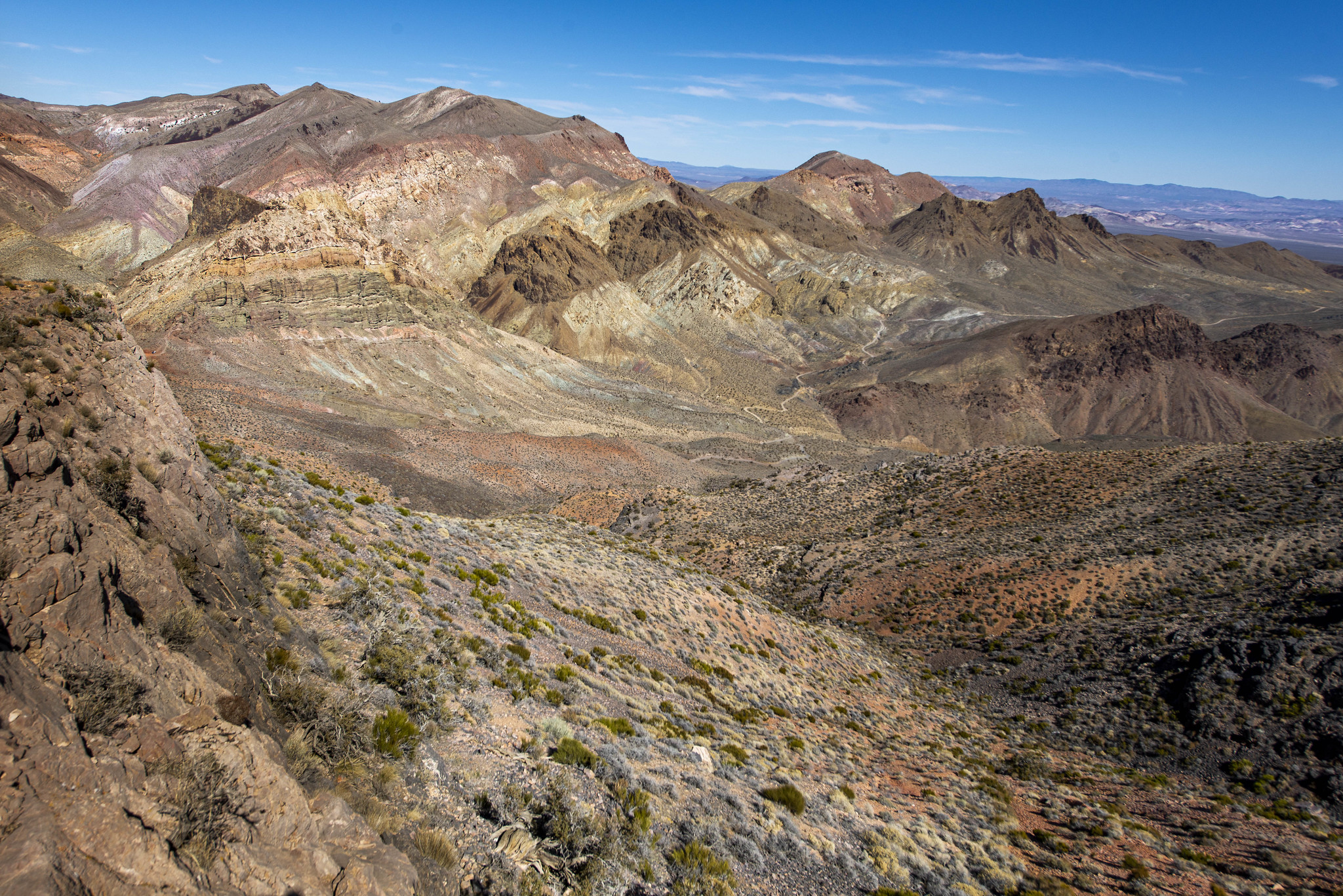 The GPS track of the hike is shown below. It was approximately 2.5 miles out and back with about 930 ft of elevation gain.

After completing the Thimble Peak hike, we continued driving down the Titus Canyon Road. Eventually, the road entered the narrow portions of Titus Canyon, as can be seen in the picture below. 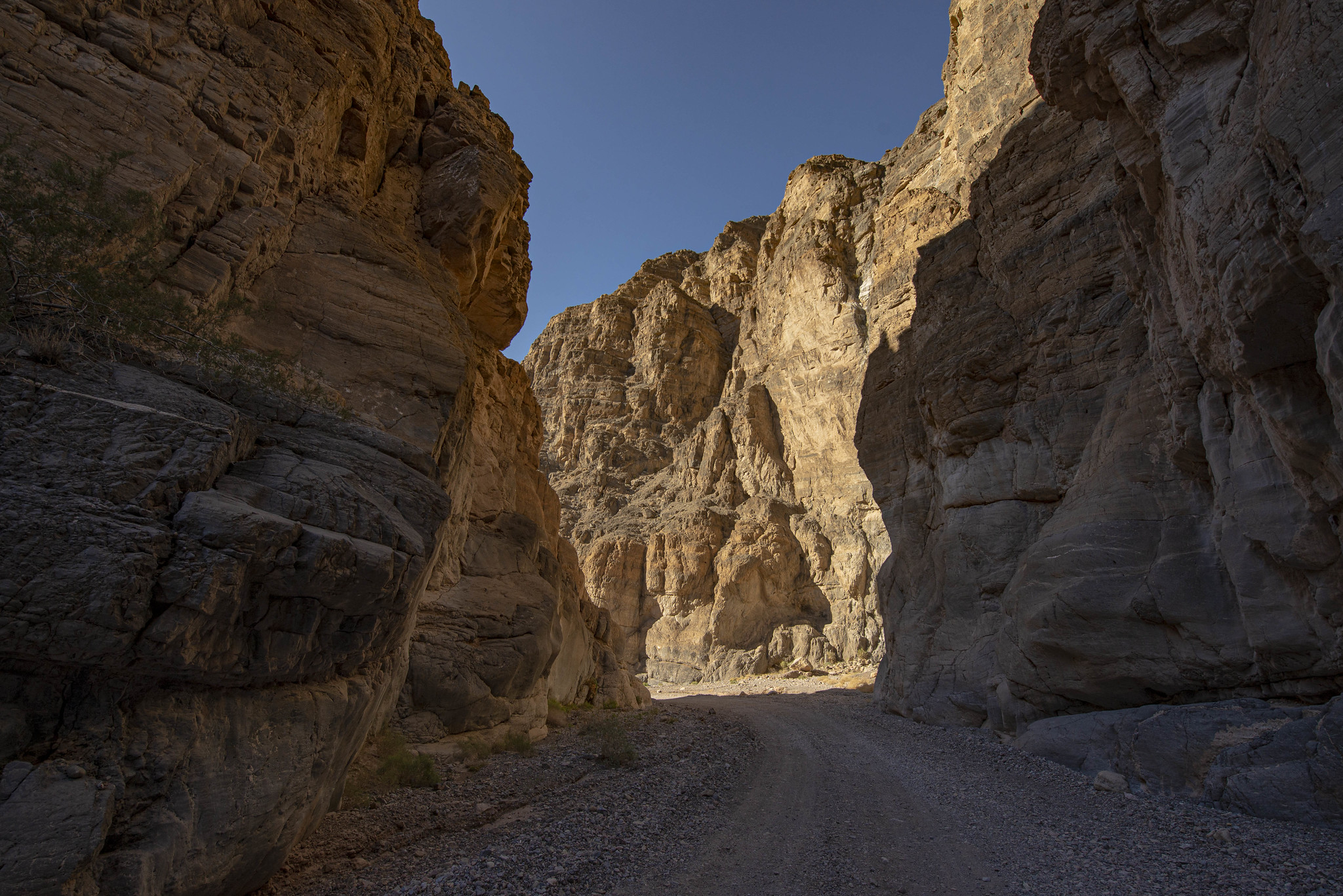 After driving through the canyon, we drove north to see the Ubehebe Crater. I had initially assumed this crater was formed by a meteorite, but it was actually caused by geothermal processes. My understanding is that magma near the surface basically caused a steam buildup that eventually led to a massive explosion. The Ubehebe Crater is basically the remnants of that massive explosion. 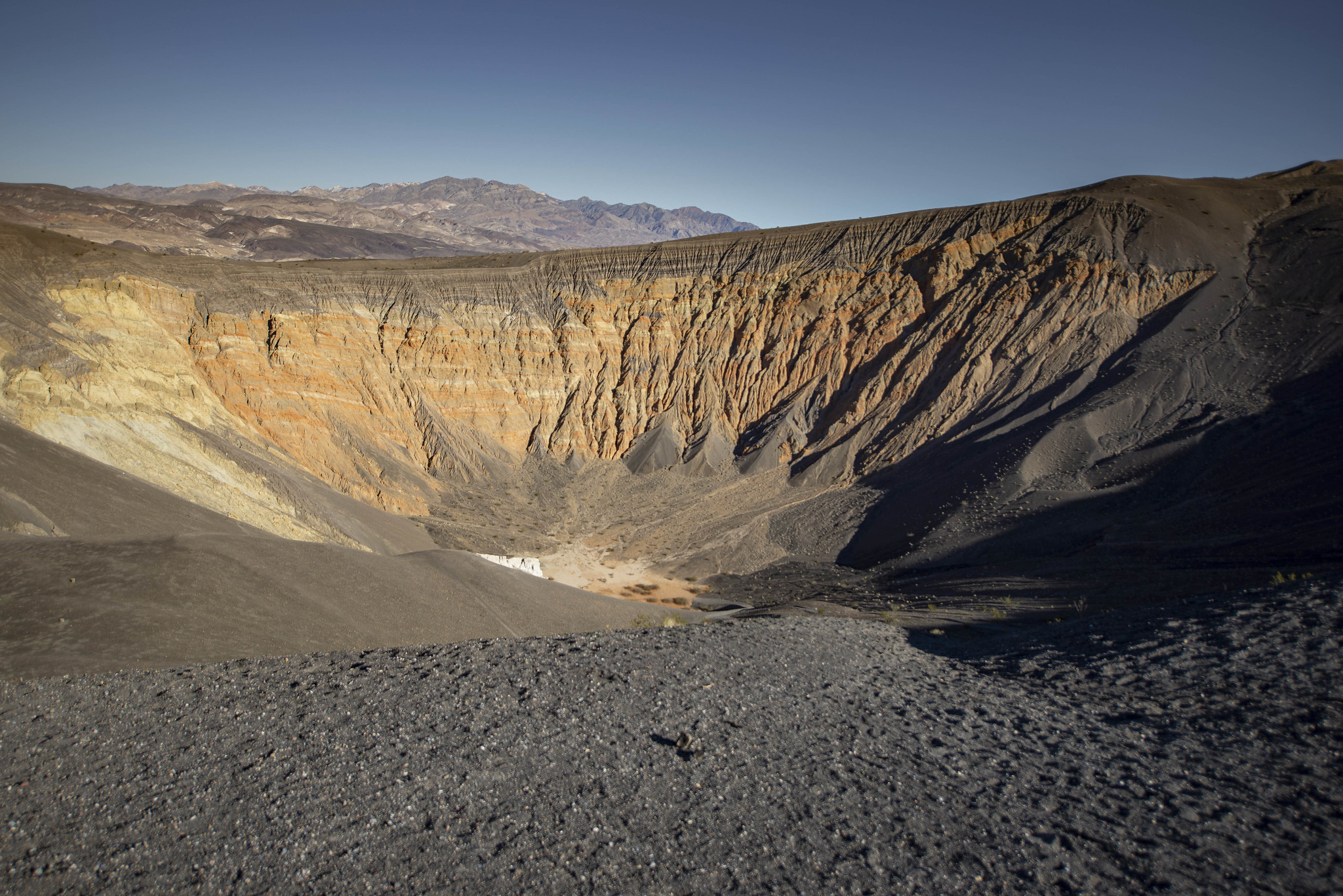 Our next stop was the Badwater Basin. We stopped on the side of the road and hiked onto the flat, salty basin. We were hoping to see very white sand but I think we happened to hike on an area that still had a lot of moisture – it had actually rained the day before we had arrived in Death Valley. Consequently, the salt was brownish so it didn’t make for a great photo, as can seen below. 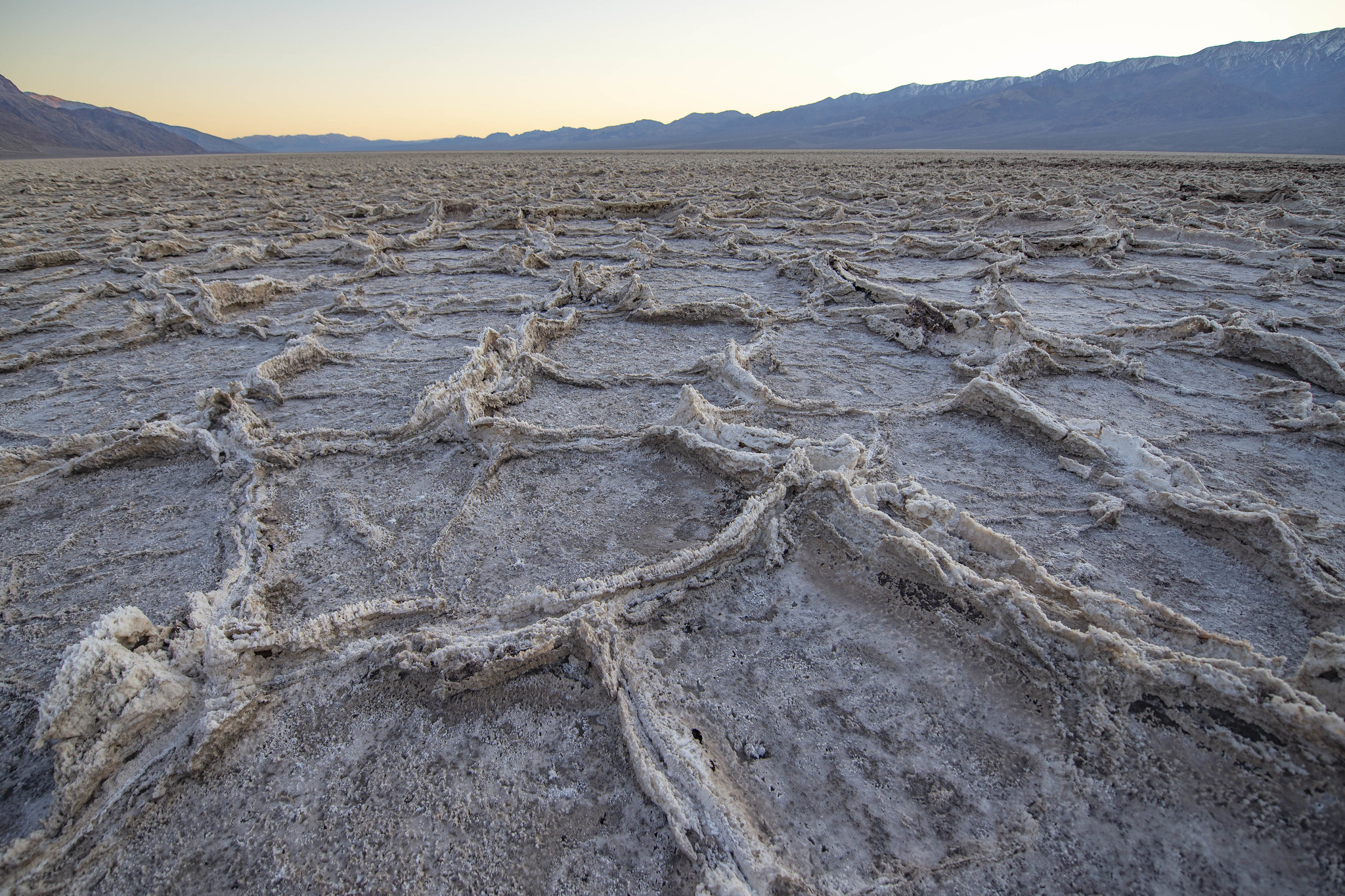 Badwater Basin is the lowest point in the United States. I like to keep track of these personal records, so here’s a screenshot of my phone GPS when we were in the basin. This represents a new low point in my life. 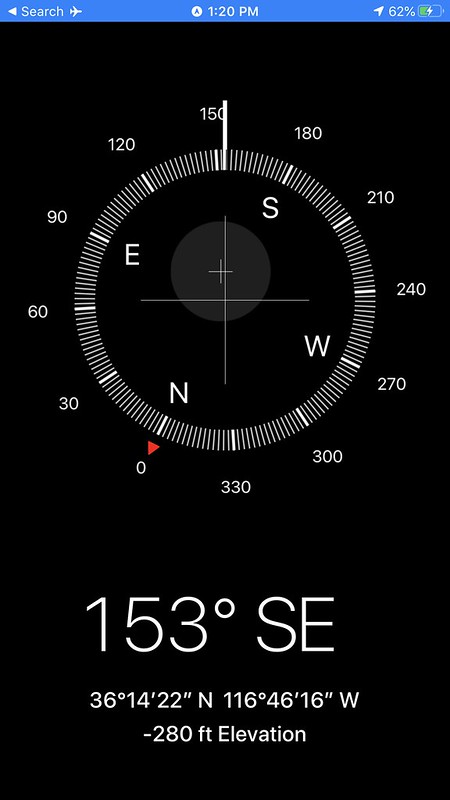 After visiting the Badwater Basin, we headed back to the hotel to grab some dinner. Shea and I then went to Harmony Borax Works to take some night time photographs. I spend some time doing some light painting, as can be seen in the photos below. 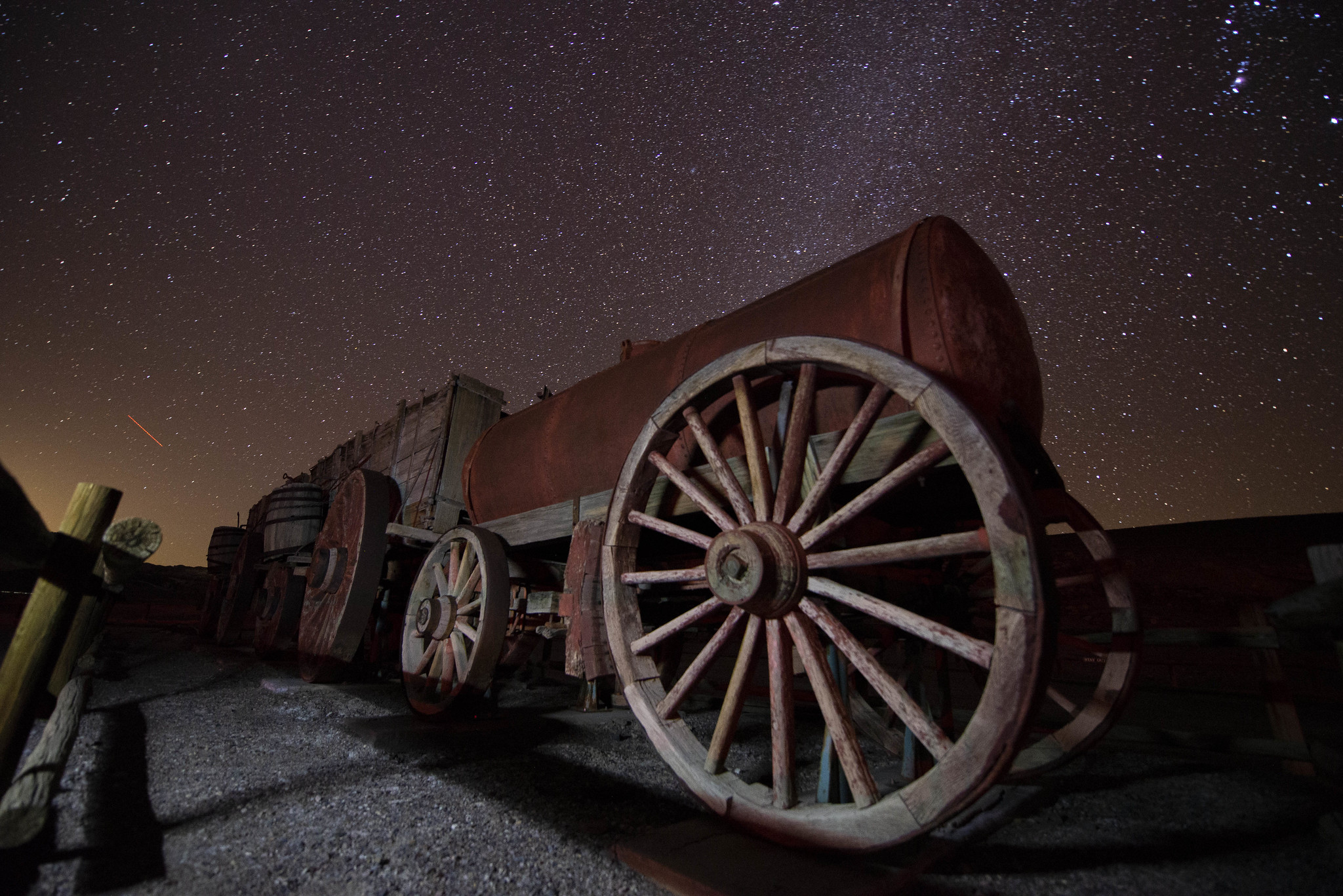 We headed back to the hotel around 1opm. For all the photos I captured during my time in Death Valley, please visit my flickr album.